Peridot jewellery is striking and makes a statement, but it’s also more affordable than other gemstone jewellery. This particular gemstone has been used for centuries in jewellery, as it’s an eye-catching stone that boasts a bright lime-green colour. If you’re considering a peridot piece for your own jewellery collection, or to gift to someone else, read on for our guide on how to buy and what to look for.

The history of peridot

This green gem has been used in jewellery for thousands of years, with evidence that it was used as far back as the Ancient Egyptian period where holy men would embed peridot into goblets due to the belief that the stone possessed the power of nature. It was also believed that the gemstone could protect against nightmares and evil. Peridot has a history as a healing stone and was believed to promote peace and calmness, warding off negative emotions.

Where is peridot found?

Peridot is mined in several countries, including most commonly in Arizona on the San Carlos Apache Indian Reservation. It can also be found in China, Vietnam, Finland, Myanmar, Pakistan and the Zabargad group of islands in Egypt. It’s not an especially rare stone, but gem-quality stones that demand a higher price are relatively rare. Similarly, pure green peridot is very rare and is almost always mined in Pakistan and Myanmar. Just as with any other gemstone, it can vary in colour and clarity, and this affects the price you pay.

How to buy peridot jewellery

The first step to buying high quality peridot jewellery is to look at the cut quality. Peridot is a truly spectacular stone when it has been cut to a high standard, so look for a well-cut stone that is in a shape you like – there is no ‘best shape’ for this stone, so it’s all down to preference. It’s most commonly cut in an oval or cabochon cut, but you may also see it in round, cushion, baguette or princess cuts.

You’ll also want to look for an eye-clean stone, since this gem often has inclusions. An eye-clean stone will not have inclusions or blemishes that can be seen with the naked eye. Some common inclusions you might spot on the stones are disc-shaped impurities, often referred to as ‘lily pads’, so named because of the shape, or foreign mineral crystals which can appear black within the stone. Always make sure that you buy from a reputable business who will assess the clarity of the peridot before you buy to make sure there are no visible inclusions and that it appears to be of a high standard of stone.

Look for a gemstone with a pure yellow-green colour that’s bright and clear. Peridot works particularly well with yellow gold over white metals, as this brings out the colour of the stone and makes it shine. Depending on the type of jewellery, you may also want an item that is paired with another stone, such as pave or halo diamonds on a ring that can enhance the brilliance of the peridot and create a more eye-catching look.

How to know if a stone is real

Just as with any other gemstone, peridot can often be faked – imitation peridots are made with glass, but luckily, it’s easy enough to work out if you’re looking at a real gemstone or a fake one. To check for an authentic peridot, first check the colour – real peridot has a pure green colour with hints of either yellow or brown. If there are any other colours, it’s likely to be an imitation.

You should also check for a double refraction. Peridot has a very high double refraction, so you’ll see two of each pavilion facet when you look at it closely against the light. Look for inclusions, as a natural stone will almost always include some inclusions. If there are bubbles, it’s likely that the stone has been made from glass and is a fake. Ultimately, if it looks too perfect, it might be a fake.

As the birthstone for August, this gem is a wonderful birthday gift for people born in this month. It can be made into a wide range of jewellery, from earrings and pendants to rings. It’s often associated with purity and calmness, and it was once believed that peridot jewellery had the power to purify the heart of the wearer. Why not choose a pair of pear-shaped earrings encased in white gold that will look timeless and elegant, no matter the occasion. Or maybe you want something unique, like a colourful bracelet paired with pink tourmaline stones.

It’s also becoming an increasingly popular choice for engagement rings, as an affordable alternative to emeralds. The bright colour makes them a great choice for couple’s looking for a change to the classic diamond ring, especially for couples getting married or celebrating an anniversary in August.

How much does it cost?

Peridot is a fairly affordable gemstone, and tends to cost significantly less than rubies, sapphires or diamonds. Often, the price will reflect whether you’re buying jewellery with just peridot gems included or if it is paired with another gemstone such as diamonds, which will make the piece more expensive. You can often find beautiful peridot jewellery for below £500, or in the £1,500 range for items with diamonds included.

Generally speaking, it can be much more affordable, even for jewellery with larger stones, so purchasing statement pieces that look striking and beautiful is more accessible than it may be with other rarer gemstones. Peridot gems that are under 5 carats are usually more reasonably priced, since smaller stones are more easily mined compared to larger, rarer stones which are usually more expensive.

At Cry for the Moon, we provide a wide range of jewellery, including peridot jewellery and stunning vintage pieces. Browse online, visit us in store or contact us if you have any further questions. 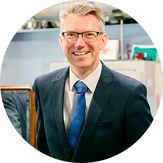 Peridot jewellery is striking and makes a statement, but it’s also more affordable than other gemstone jewellery. This particular gemstone...

Engagement rings may get a lot of attention, but your wedding band is an item of jewellery you’re going to...

The deep, rich red of a beautiful ruby is a sight few can resist, so it’s no wonder that we’ve...