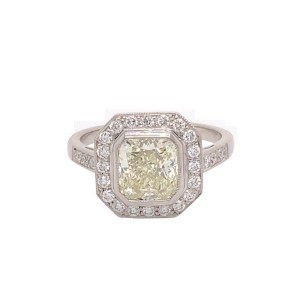 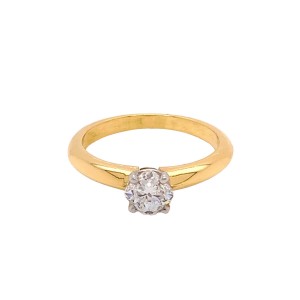 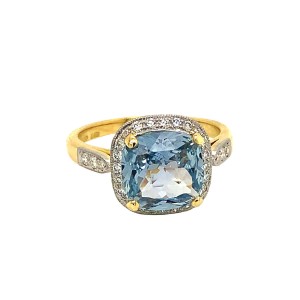 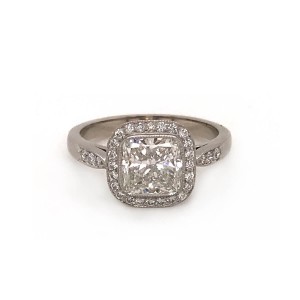 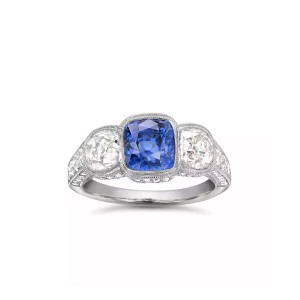 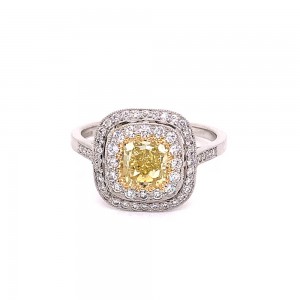 Designed and hand made, in platinum, by Cry for the Moon. 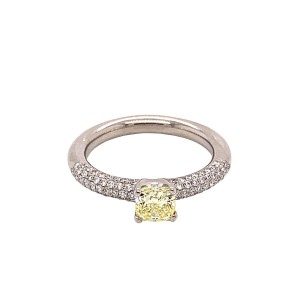 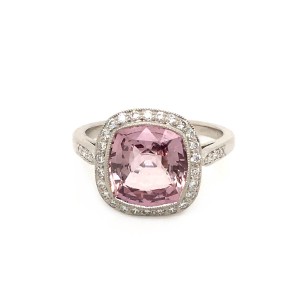 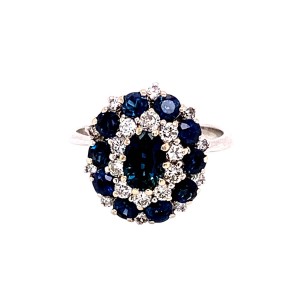 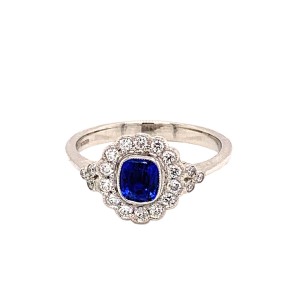 Platinum cluster ring set with a cushion cut sapphire weighing 0.73ct and surrounded by round brilliant cut diamonds of total weight 0.28ct with a millegrain edging. 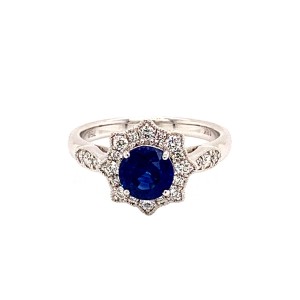 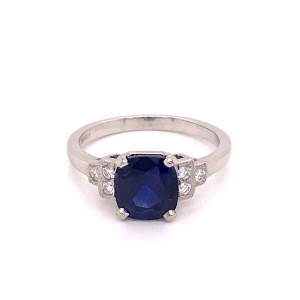